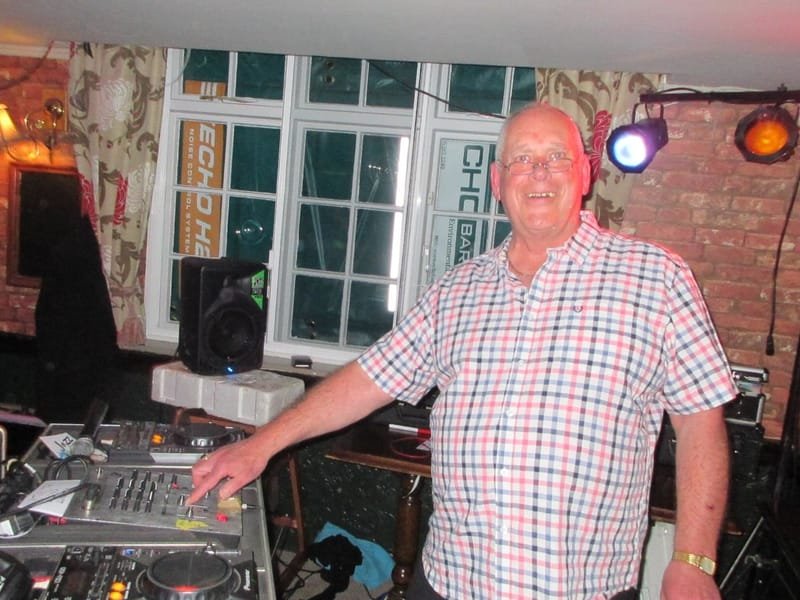 Les started spinning in the late sixties, building a reputation in and around Harlow in Essex. In 1970 secured a residency at Tiffany’s Harlow where he persuaded the management to set aside a night just for soul/funk music and started building a night which eventually had big names as guests such as Chris Hill, Tom Holland, Robbie Vincent and Chris Brown. Les was instrumental in bringing the ALL DAYER and ALL NIGHTER to the south of England at Tiffany’s Harlow. There were a string of these events which spread to the rest of the south east during the middle to the late seventies. In 1979 Les had a regular Friday night spot with Froggy (god bless) at the Royalty in Southgate. Guest spots at The Lacy Lady in Ilford, a couple of Caister Soul Weekenders came along and the national soul day at Knebworth, also went on tour with the Fat Larry’s Band around 1980. After leaving Tiffany’s in the early eighty’s Les had residencies at Benny’s in Harlow / Beckets in Ware / The Juicy Duck in Bishops Stortford. Then upped sticks and did a couple of years doing summer seasons in Majorca, Tenerife, mainland Spain and Ibiza. On returning to the UK Les has had residencies in H2O in Bishops Stortford / Rockies in Royston before retiring in 2005. Now after doing friends parties and charity disco’s Les has got the BUG again and is doing gigs around the south east. People he has had the pleasure of working with include: Marvin Gaye (god bless), The Fat Larry’s Band, Shalamar, Al Hudson, The Real Thing, 5 Star, Second Image, Light of the World, Lonnie Liston Smith, Eddie Grant, GQ , Level 42 , Steve Walsh (god bless), The Crusaders, Hot Chocolate, Rose Royce, Stevie Marriot (god bless) . PEACE AND LOVE X ONE OF THE ORIGINAL FUNK MAFIA IS AVAILABLE FOR GIGS