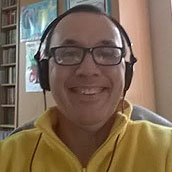 In terms of music as far back as I can remember I have always loved music and was playing my Mum and Dads records collection from a early age on my very own second hand record player. It was not soul but rock and roll and crooner’s from a collection of 78’s that I had been given. There was not a day when I did not have some form of musical tune in my head and I always felt that I needed more. So much so that I even pushed my mother into buying a pair of shoes because it came with a copy of Don’t Go Breaking My Heart by Elton John and Kee Kee Dee. My introduction to DJing came in the early 1980’s when I and a school friend use to DJ at his house on two turntables and a collections of vinyl records. We use to pretend we were on the radio and I have had the desire to play records for peoples enjoyment ever since. I was not a blue eyed soul boy in those days but someone who was a metal head and got his enjoyment from bands like Iron Maiden and AC/DC. The conversion to Soul would come much later. It was during this period that I really got heavily in pirate radio station like Radio Caroline and Lazer 558 which I could listen to quite freely as I was living in Kent at the time and they broadcasted from the North Sea. I like the idea of free radio and the fact that they were non-play listed. The DJ just played out of the record box. In 1987, I went to work in London and started to listen to pirate stations like Kiss and JFM who played mainly soul and disco. A light switched on in my head and I knew then that this was not only the music I needed to listen to but also to play; the trouble is it took me 25 years to realise that dream thank to radio Winchcombe. The Crazeology Radio show is not your traditional jazz music show as we like to play music across the spectrum’. The concept arose from the many different radio shows that I have listened to over the years bringing then all together as one. You can hear Nick & his shows as follows - Boogie Wonderland Show - 2pm on Wednesdays, The Crazeology Radio Show - 7am on Saturdays and Egg on Toast with a Side of Bacon Show - 8am on Sundays.