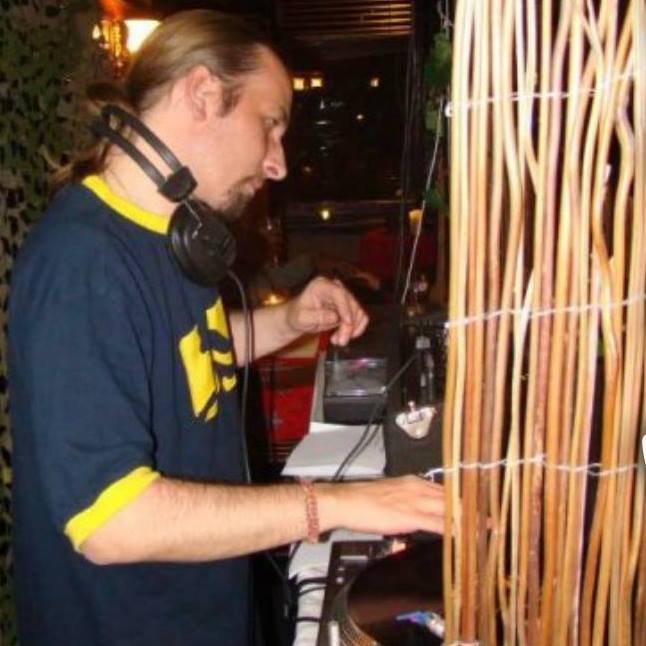 Known colloquially as Marky from STRANGE CARGO. An Eclectic Multi-Genre Crate-Digging Vinyl Archaeologist / Music Collector, Chill Out Producer, Blog Writer, Impromptu Selector of the weird and wonderful keeping an eye on (last count) 109 Genres of note. Radio Show Host and occasional promoter of micro, word of mouth gatherings for those that like to get down differently. Born in 1970, I Grew up in a small countryside village in Hampshire, before moving to London and bought my first record aged 6, by 11 I was an avid fan of The Old Grey Whistle Test & John Peel radio shows. In 1981 my folks bought a video shop and I got into lots of soundtracks, enjoying a wide range of things from Punk to Pop Music. I Discovered Break Dancing in 1983, loving Electro and buying imports. I Became a Soul Boy around ’84 – 5. I’ve always loved Hip Hop (Especially UK) and the music of subcultures. (Mod, Punk, Skins etc.) By ‘87, I was heavily into Goth and Minimal Wave. I was a huge fan of Acid House from midway around that year and got into pay party promotions shortly after, where I stayed for a number of years professionally. I didn’t really like the musical transition into Hardcore much past 1992, when I discovered both Balearic and the more Ambient Side of Techno. Went from there into D & B, later into Trip Hop and finally onto Chill Out where I remained for several years, going onto production, management & promoting. I have always been into making eclectic mixtapes but didn’t seriously DJ until ‘98 moving to Thailand in ’99, where I used to DJ 16hr sets on the beach daily. I started collecting vinyl (after losing 3 collections in total) again in 2008 and became serious in the world of Vinyl Archaeology, where my heart remains. I do however still collect all formats and am a keen sample collector. These days, I now hold no other musical distinctions other than there are 2 types of music, good & bad. If it makes me feel good, I try to grab it and share it, and this is what STRANGE CARGO is all about: No rules, no limits and infinite musical possibilities; right across the board and from all over the world. I like to call it musical journeying where we attempt to leave all prejudice at the door and carve out soundscapes for the aurally adventurous. You can tune into me Friday nights into Saturday mornings on SLR! Bring a drink and get those feet up!